Inspired by an especially helpful and popular forum thread with valuable Microchip PIC microprocessor resources on the edaboard.com community, I decided to dig through the numerous tips, tricks, and resources for other MCUs. This time, I decided on the Texas Instruments MSP430.

For those of you unfamiliar with this microprocessor from Texas Instruments, the MSP430 are 16-bit, RISC-based, mixed-signal microcontrollers for ultra-low power applications. The TI part shares ultra-low power center stage alongside other microcontrollers from heavyweights such as Microchip, ST Microelectronics, Freescale, and Atmel. All of these manufacturers have spec-filled product pages for their MCUs. Still, there’s often even more interesting resources outside of those product pages and it often comes from users.

In full disclosure, I had a bit more contact with this product in a previous life but I’m just getting started. I’ll pick through edaboard.com and electro-tech-online.com community members’ conversations to discover what they want to learn about MCUs — as well as what they have to share — then share it here.

Speaking of getting started, there is no better place to do that with MSP430 than the MCU Getting Started page on TI.com.  There’s a friendly getting-to-know section, as well as beginning and advanced development tools, libraries, and other resources. But don’t stop there because technical support comes in many flavors.

Texas Instruments devotes an entire forum on their E2E Community to MSP430 where you’ll find a helpful thread with plenty of MSP430 resources linked to pages within the company’s website. You’ll also find an incredibly knowledgeable and helpful guru (super user) named Jens-Michael Gross who is a human MSP430 knowledgebase. This blog post about his efforts is worth the few minutes it takes to read. Gross has nearly 16K posts over the past four years and he is not even a TI employee. “It’s a pleasure to solve riddles,” he said after receiving an award for his efforts, “I can’t stop.”

There’s plenty of information – and conversation – outside of the TI website, too. The 43oh community offers tips, projects, forums, news, and tutorials including this one on how to “Use Your Launchpad as a BSL Programmer.” You can also share your projects based on the MSP430.

Trying to decide if the MSP430 is right for your application? There are ways to take a test drive with minimal time and money. TI offers a low-cost microcontroller development kit for the MSP430 called LaunchPad designed to introduce users to various functions of their MCUs. You can find a 12-minute, Ben Heck Show segment on YouTube called “Getting Started with Texas Instruments’ LaunchPad” where he walks you through LaunchPad basics in a slightly more engaging way than a static web page. 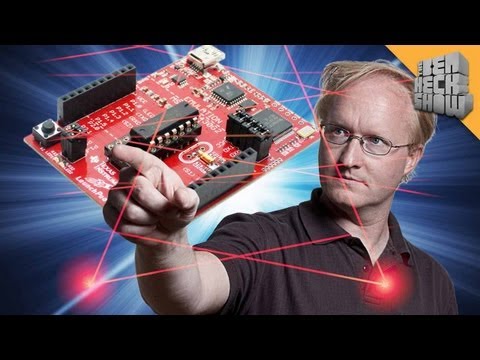 Programming on LaunchPad is through the open-source, electronics prototyping platform Energia or the IDE (Integrated Development Environment) Code Composer Studio. Once you’ve got that down, you might want to participate in TI’s Maker and DIY community, Launch Your Design.

Do you have other sources of useful MSP430 tips and tricks? Feel free to share here or in the edaboard.com or electro-tech-online.com microcontroller forums.